“Everyone carries a piece of the puzzle. Nobody comes into your life by mere coincidence. Trust your instincts. Do the unexpected. Find THE OTHERS”

“Welcome to the most ancient conspiracy on the planet. We’ve gone for so long now that we don’t remember what we were doing, but we don’t want to stop because we have nothing better to do.”

Our agents span the globe. Be aware!

When you speak to us, you speak to a zenarchian collective of hyper-surrealist agents concerned with ultra-terrestrial contact.

We do not make uniform observations or agree on most matters. Our levels of humor and seriousness vary.

Our agents work in mysterious ways. Following us can provoke ontological shock and increase levels of compassion. Or not.

You have been warned.

“Stick apart is more fun when we do it together.” – St. Mae

The Metagame: Creative Discord: The Word Game is an invitation to engage in the ancient human art of free rambling a.k.a. “theoryposting” with the goal of not being “correct” (and thus not being afraid of being wrong) but to partake in an imaginative adventure of speculation and reflection both as an individual practice and interpersonally as a collaborative ramble with the mutual goal of facilitating the rambling and appreciating it for itself as a creative art and not for the production of some “product.”

You aren’t trying to do anything except ramble as the ramble goes, as there is no goal other than the flow, so there is no competition. Absolutely nothing is at risk, so there is no need for any sort of hostility.

In addition for rambling for its own sake, the larger “goal” is to encourage this rambling and its lack of rules except to play in a general sense, in the hope that it may help people to explore ideas freely and passionately. Perhaps we can even get somewhere extraordinary with this free rambling.

How To Save The Universe – an incomplete tutorial

These videos were created over a period of 4 years via an improvisational memetic engineering process. This process involved sometimes hundreds of ours of free rambles on the internet in various places, contextualizing and re-contextualizing video references until a video felt “right” and essentially made itself, self-organizing out of the discourse. They are a personal reflection of my journey through postmodern hell and out of it to the pancreativist horizon. Id’ consider them every bit as important as this document because they are a narrative expression of the same thing, comprised of segments of narratives stitched together to create memetic chimera.

00AG9603 main goal is to help you create your “own” Dataplex, a large and bestial hydra made of data and bits, that can devour anyone who is certain enough that can confront its wildly incomprehensive and cryptographic nature. A dataplex is therefore a cryptosophical entity, that connects people through hypercomplex semio-occult means, hypnotizes others with its enigmatic knowledge and datanets, inspiring all the open minds that enter in contact with it to explore further into the absurd.

An effective dataplex must work like a higher dimensional spider web, capturing data that comes in contact with its occult nets, twisting and folding everything it touches into continuously moving hyperplanes. it is fed with data, ideas, emotions, dreams… it melts every being that dreams to be solid and finite into an amorfous fluid of efervescent chaos. Therefore, every sentient being can get affected by the forces that comes out of a dataplex. The ability of self-reflection, self analysis and a continuous process of folding itself into layers of incomplete meaning, is what defines a sentient being, the primary target of a dataplex. The first time you acknowledge its existence and sees yourself questioning it, is when you are already infected by its web, unable to make sense of it. Your existence will be fractured, your emotions will be melting into an oniric soup, and all your life will be stripped away from that which you call “I”, only to be born again as a hypercomplex web of multiple agents/forces/affects, a fractal-being.

Every single thing in all that exists, is a dot of its own, a lonely and inutile unidimentional point in space. Every connection between things, dualities and paradoxes are of two dimentional complexity, they retain two simultaneous polarities that can only be understood through points of reference. Start expanding vertices as you meld into other dots, and other links, lines, cells… create a vast and rich data ecosphere around your fractal-being, expand, glitch and hack the world around you until you start forming a complex polytope, an alive and incomprehensible dataplex, lost in an infinite flight towards the great unknown.

“The transvaluation of values, far beyond Nietzsche’s philosophical concepts, but in a holistic way from Science, through the individual to the Cosmos – this is one of the PIPA/KSTXI commitments.”

Interstellar MuLtiPliCity in the `Pataphysical Non-Linearity

Brought to you by Google Translator

“KSTXI is not on the left, nor on the right, nor in the center, but ON THE HIGH “

Much has been discussed in recent times among some of our behind-the-scenes collaborators in the KSTXI community. Their different affections in their eternal pursuits for a pure & immaculate ideology free from contradictions. Eris sighs, bored.

Different discordians of several strands always, or almost, defend the multiplicity of ideas, the pataphysical exceptions, the recombination, the mixing and non-dogmatization of concepts, the broad agnosticism, but some always slip in their ideological and memetic fetishes in search of Comfort & Security.

But the complex Groucho-Marxist intergalactic politics of KSTXI for the 21st century comes to transcend these limiting binarities and greyfaceness of the last century.

In the figure of the condividual-idol-symbol-`pataphysician-delirant of KSTXI Timóteo Pinto we perfectly exemplify what we want to demonstrate, or not. He is this and that, and neither this nor that. It contains within itself ideas of a particular pole, but also of the other in its interplanetary recombination of cosmic dance.

One can imagine the ideas and proposals of KSTXI as a mashup of concepts, in some sense. From the left we sampled the defense of minorities, diversity and from the right we pirate the individual’s self-determination in the face of a state that tends to bureaucracy and authoritarianism.

And above all else, we have also abandoned both poles of the political spectrum. In order to better understand the nature of our proposal, in the field of influences in the official & imaginary partisan framework (“the imagination is much better” – Green, Fairy – 2006) the KSTXI has appreciation for the proposals of the Brazilian Surrealist Party. Internationally KSTXI has influences from the The Youth International Party and Guns and Dope Party (United States), from The Rhinoceros Party (Canada), from Union of Conscientiously Work-Shy Elements (Dinamarca), from The Deadly Serious Party (Australia), from The Hungarian Two-tailed Dog Party and The Best Party (Iceland).

For less ideological blindness and for a multi-colored, 523-degree long-range vision, seen with KSTXI glasses!

“I don’t believe anything. Most people, even the educated, think that everybody must believe something or other, that if one is not a theist, one must be a dogmatic atheist, and if one does not think Capitalism is perfect, one must believe fervently in Socialism, and if one does not have blind faith in X, one must alternatively have blind faith in not-X or the reverse of X. My own opinion is that belief is the death of intelligence.”
– Robert Anton Wilson

Sarah Gulik is everything you want and do not want her to be, and a little more!

There is not a single person with an ego less inflated than Sarah Gulik. Once they asked Sarah who was the best Brazilian writer, and she said Sarice Gulispector. This lead to questions over the credibility of the first affirmation.

Lucretia Dalencourt, or LuLu for the more intimate friends, could be anyone or anything you can imagine; she could be nothing and no one too, and that would be a completely acceptable idea.

Being a Lucretia Dalencourt is free and gives you the possibility of being yourself under another name, or everyone being one under a single name. LuLu knows no ethnicity, tastes or anything else. “Sie liebt mich, sie liebt uns und sie liebt dich” is one of the most classical concepts used to describe her.

Lucretia Dalencourt is a non-existent existence who acknowledges anything and everyone, basically what gods were supposed to do or what we should be supposed to do with ourselves but no one knows how because everyone is lost.

Lucretia Dalencourt is an ambassador and propagator of chaos and disorder. But think bad not! That just means that she’s tired of the order imposed upon everything and everyone because that makes life so boring! Since she welcomes everything, chaos wouldn’t be excluded, absolutely not! There’s always room for everything and everyone in LuLu’s herz, especially Eris. Got the idea? 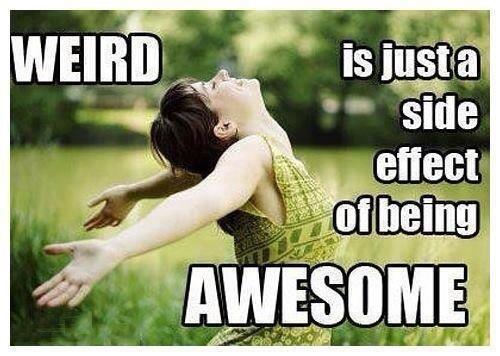 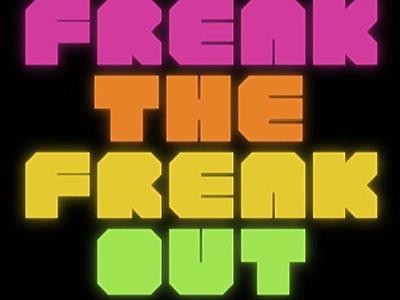